Clean and orderly, not a plastic bag that trailed or misplaced display, it was the impressions that hit the participants during their journey that took them from the airport to the hotel as soon as they arrived in Kigali.

On 21st August, National Unity and Reconciliation Commission  received Youth Leadership Training Programme (YLTP) participants from Madagascar on a study visit in Rwanda to learn about approaches, which Rwandan government has taken since the end of the Genocide  perpetrated against  Tutsi, to promote unity and reconciliation among Rwandans.

During the discussion session, the participants questioned how Rwandan achieved the integrated civil society, the role of faith based organizations in the process of healing and forgiveness, which strategies contributed to avoiding revenge, how to measure the reconciliation, and so on. These questions provided by the participants, who have a variety of occupations from journalists to politicians and have the same interest in the role of leader and political mechanisms, were answered by the Executive Secretary one by one along with the details of the background.

Prisqua Miharilala, who is a female participate, commented that she could understand how the government got to reconciled, especially through the Gacaca courts. She also said that “if I had lived during the genocide period, it would be very hard to forget and forgive someone who killed my family. In that sense, these things; forgiveness and reconciliation are one of the values Rwandans have.”

The head of the delegation, Mr. Oliver Dalichau, who is the head of the Friedrich-Ebert-Stiftung (FES) which is a non-profit German foundation committing to the advancement of both socio-political and economic development with a focus on social democracy, appreciated having the opportunity for young leaders from Madagascar to learn in Rwanda and said that “We have the intention to initiate a similar program in Rwanda from next year to promote good governance and social justice”.

NURC was delighted to receive them who are willing  to learn about Rwandan history, the role of NURC, and what path Rwandan society has been through until today. NURC hopes that they could get some new perspectives from Rwandan characteristic society through the constructive discussions and they will take a lead in making the society better as representatives of the younger generation. 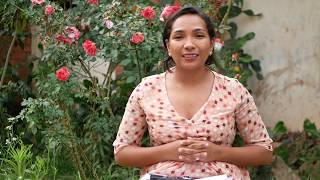 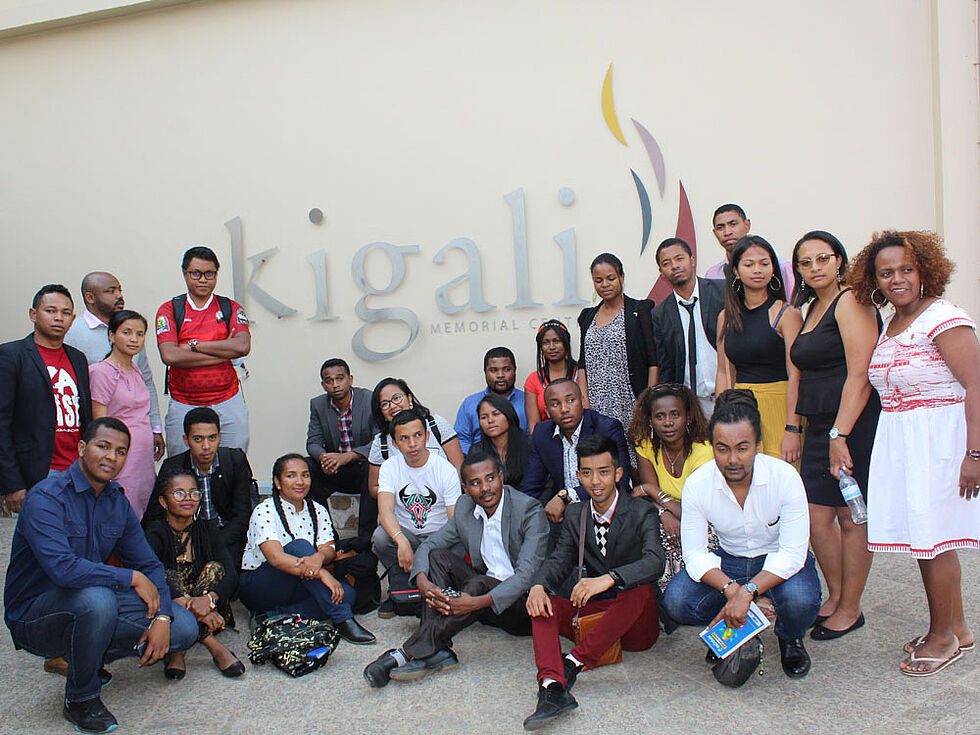 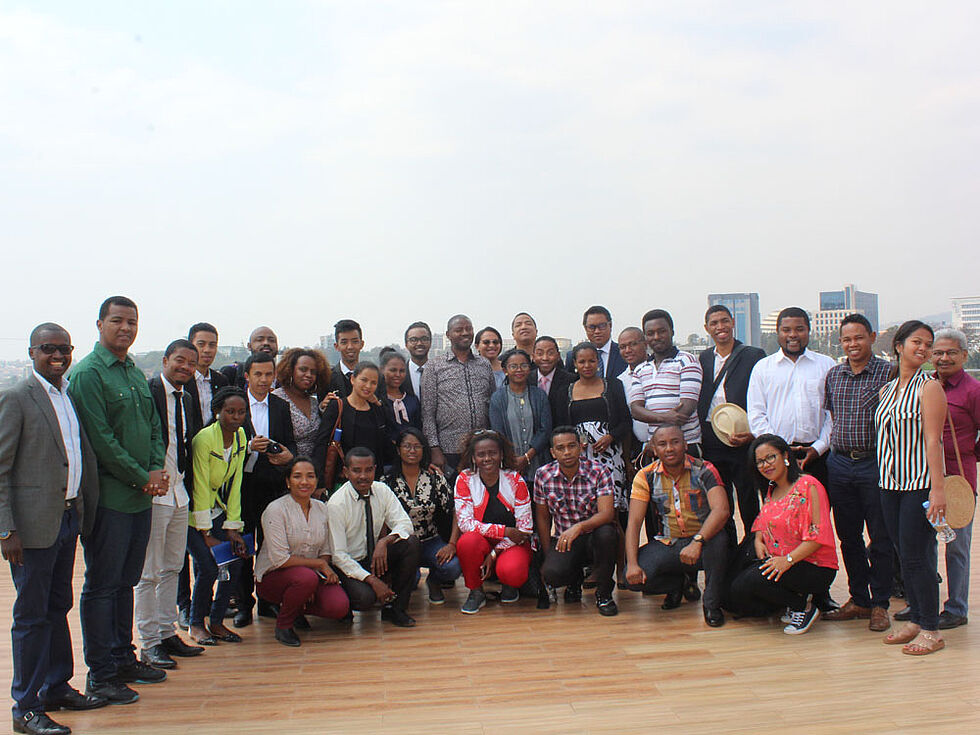 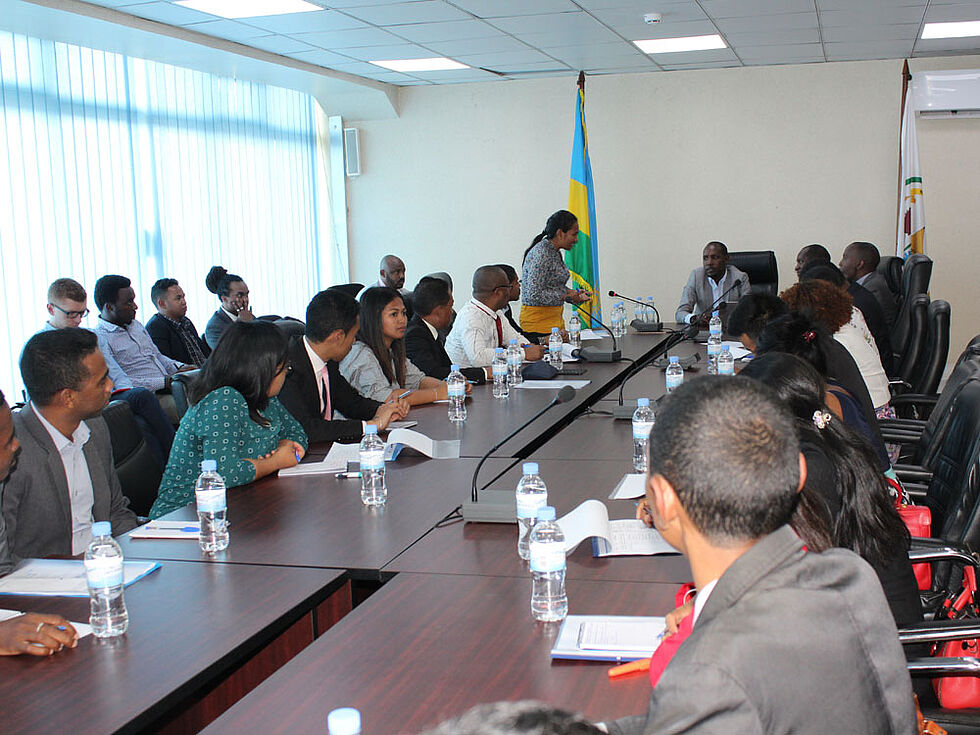 In the process, they arrived in Kigali. The capital of Rwanda still seems to clean the traces of its past. Indeed, today's Rwandans would never have thought of surviving the April-July 1994 genocide. A session rich in discoveries, emotions and perceptions for the participants who discovered a city and a country in the process of transforming with a united people who are moving forward in national reconciliation.

Become a reference in the continent, Rwanda takes the place in the major political and diplomatic world discussions thanks to these innovative ideas. The country seems to be in a good momentum with its "vision 2020" established in 2000 that aims to transform Rwanda into a middle-income country and its "2050 vision" which aims simply to ensure a high standard of living for all Rwandans. The meeting with Senator Tito Rutaremara, one of the most famous politicians of Rwanda scored the first day. For him, "Rwanda is listened to in Africa because we have original ideas that have changed and transformed Rwanda from chaos to the nation". He believes in young Rwandans in their participation in the reconstruction of the country. "Politics must not be associated with shenanigans, politics must respect ethics." The participants then visited the Kigali municipality. A municipality that manages a modern and changing city. It was an opportunity for them to discover the concept of "Smart Kigali"or smart city that involves the use of new technologies in the management of traffic and transport, waste; public spaces but also in public services and in citizen participation in the management of the city through an online platform where everyone can express ideas, recommendations, complaints, etc.

A retrospection of Rwanda's recent history marked the minds of the participants on the second day. The visit of the Memorial Center of Kigali . A duty of memory to restore the dignity of the victims and to render justice to the victims. A duty of collective memory to avoid the denial of genocide. 250,000 of the 800,000-mile deaths recorded by the UN are buried in this memorial. A meeting at the NURC or National Unity and Reconciliation Commissionhas made it possible to understand the processes of reconciliation which includes truth, justice and the establishment of an assistance fund for survivors of the genocide while respecting the values ​​and cultures of the Rwandan people. According to Mr. Ndayisaba Fidèle, Executive Secretary of this commission, "Rwandans needed their culture to get there. Think about values, traditions and culture ".

Rwandan society, placing high emphasis on good governance and gender issues: 61% of deputies, 38% of senators, 50% of ministers). the Gender Monitoring Office (GMO), whose mission is to ensure respect for the principles of gender equality,

Young Rwandans are actively involved in this transformation process. Young experts: journalist, trade unionist, lawyer, international NGO, and in the analysis of the informal sector, ie, the participants and their shared experiences and their point of view in the management of the country. Moses K. Gahigi (    Rwanda Today    /    The East African    ), Yvonne Musabyimana (Batwa Community Rwanda), Louis Gitinywa (   Lawyers of Hope, Rwanda    ), Caroline Numuhire (    Segal Family Foundation    ), and Jeannette Nyiramasengesho (    East Streetnet & Southern Africa Region). The patient has the opportunity to work in the umuganda day with young people in the construction of a "kitchen garden" to help a poor family. One day a month every Rwandan must participate in community work to serve the community.

Rwanda has its share in folklore. Rwandan Musical Culture that mixes rhythms and dances at the end of the journey, they want to apply for the exercises at the professional and community level.

Admiral Hippolyte Ramaroson was invited to visit the cafeteria at Jomo Kenyatta Airport in Nairobi. Madagascar discusses this unexpected meeting.