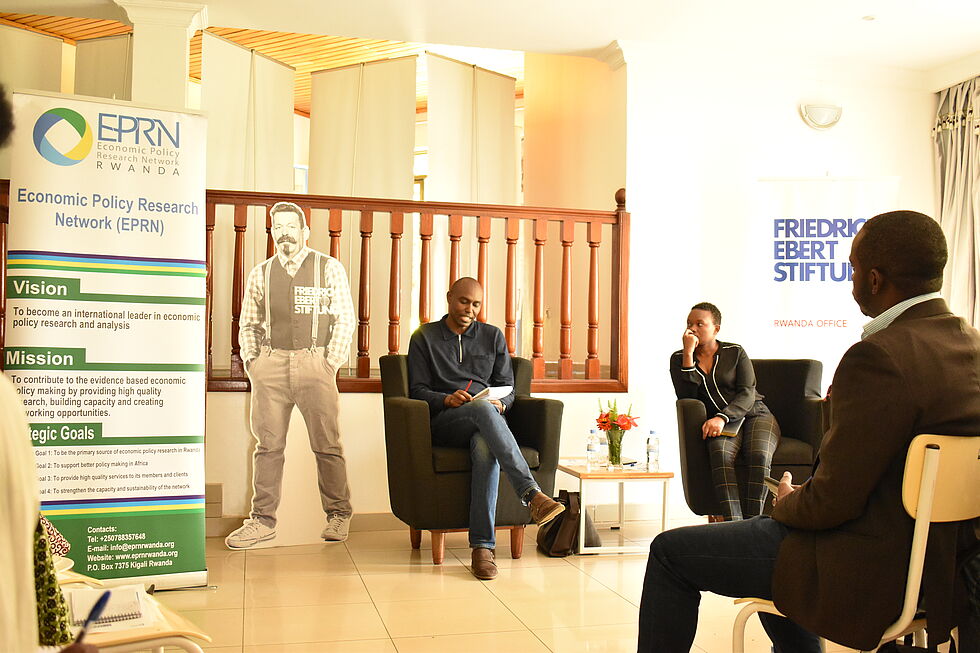 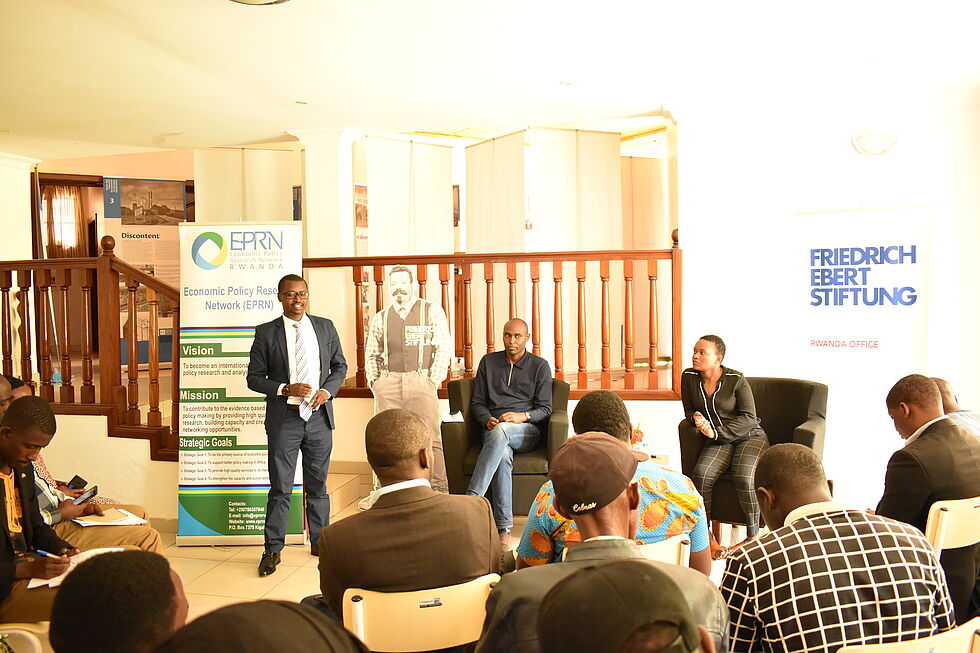 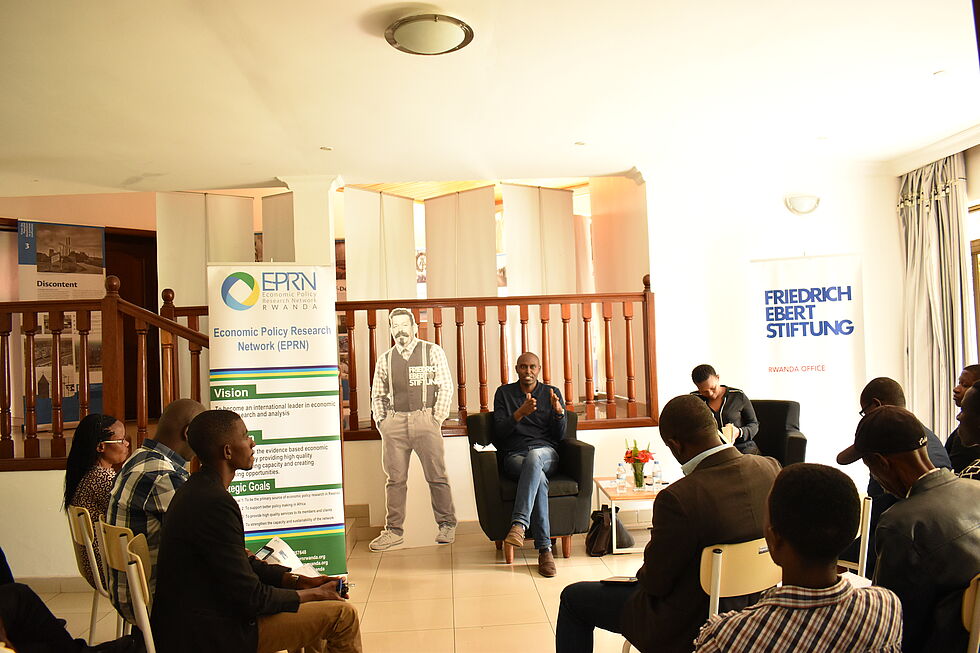 FES Rwanda together with EPRN Rwanda, organized a Friday Breakfast and discussed about the "Coming Brexit" and questions like; What could be the Brexit implications for the global development? Is the African continent aware of possible negative effects? Is the East Africa already efficiently prepared and what are implications Rwanda might face if Brexit would be implemented?

Participants from Media Houses interested in the topics and have focus on Economy and Regional Integration were invited.

In his address, Dr. Rukundo the main speaker of the day, explained more about European Union, being composed of 28 European countries, that uses the single currency policy and opening of borders with a common passport in the Schengen zone.

He continued his presentation by saying that the scapegoat for this event that shakes England, are the elections organized by the former Prime Minister, Mr David Cameroon, the English people vote Brexit (Leave the European Union), but soon after, they discovered that they were wrong. It is for this reason that putting it into action has become difficult for Thereza May, Prime Minister who replaced David Cameroon after his failure. She also left this post after failing to get Britain out of EU. Now replaced by an influential Prime Minister Mr. Boris Johnson, who is also under fire from critics, blaming him that these steps in this case will come to nothing, and that finally the English people can make a flip of reject the Brexit and return to the EU, by ballot again.

The disadvantages are already named because of the fear of Brexit; more than 5,000 doctors and nurses combined, have just left the country, the English especially live in the capital London, have sold their homes and settled in Germany, France and elsewhere.

According to Dr. Rukundo, England cumulates 3.5% of world trade, once leaving the EU, these borders will be closed, and this trade will drop considerably.